The coronavirus pandemic cast its shadow on the Ganesh festival in Goa, as the 10-day long celebrations started on Saturday in a muted manner.

People brought home Ganesh idols as part of the festival, however, the normal celebratory mood was missing.

Similarly, the sarvajanik (community) mandals set up pandals and installed the idols, but they cancelled all cultural and other events this year to curb the spread of the infection.

In view of the pandemic, the Goa government has issued Standard Operating Procedures (SOPs) for the Ganeshotsav celebrations, which includes not organising any welcome processions and maintaining social distancing.

Many people in the state are now making use of technology to maintain social distancing during this year’s festival.

See also  Will wine shops be open in Mumbai, Pune, Navi Mumbai? Maha govt to take a call on sale of liquor by Monday

“Due to the pandemic, many people have started using virtual meeting apps on their mobiles for Ganesh pooja and other rituals,” Kalash Chimulkar, a resident of Quepem in South Goa, said.

“Using the apps, the priest performs rituals at one place, which is seen and followed by members of other families,” he added.

The festival provides an opportunity for people working in urban areas of the state to return to their villages.

“As per the custom, people in villages visit each others’ places for Ganesh aarti. However, this year there is a tacit understanding that no one will go to others’ houses in a bid to avoid the spread of the virus,” said Devendra Gaonkar from Velus in North Goa’s Sattari tehsil.

He said his family and even other households in his village performed the rituals without a priest this time.

“People performed the rituals in whatever way they could on their own…But we have decided to celebrate this festival in a big way next year,” he said.

The Ganesh mandals said they are taking steps to maintain social distancing and have decided not to hold any entertainment programmes this year.

“To take darshan of the Ganesh idol at the pandal, people will have to stand in a queue by maintaining social distancing. After offering prayers, they have to immediately move out. The devotees will not be allowed to remain there for a long time,” said Tukaram Naik, a trustee of Sarvajanik Ganeshotsav at Ponda.

See also  Men, being football fans may be risky 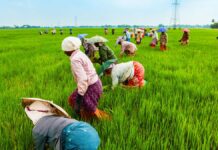 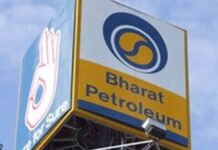 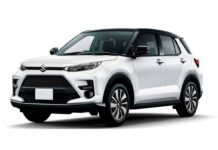 We are fedup with the UP government, it seems Jungle Raj...

Corona Virus Update: More than 62 thousand cases reported on the...