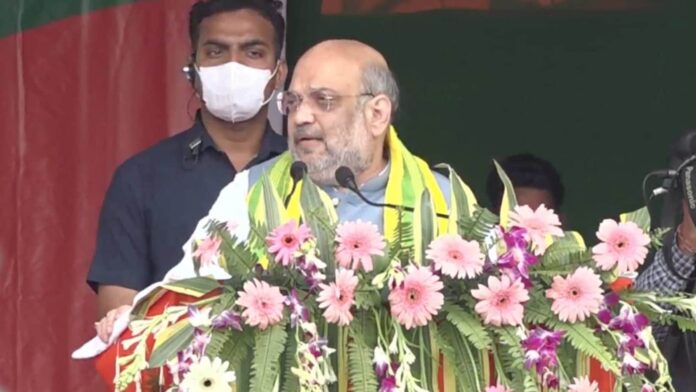 Union Home Minister Amit Shah on Saturday sought five years’ time to fully solve the perennial flood problem in Assam and said the government is striving to make the natural calamity a part of history. “In the BJP manifesto, we had promised an Assam free from terrorism, corruption and flood. We’ve already achieved the first two. Give us five more years, we’ll make Assam free from flood,” he said.

Almost every year, three to four waves of flood ravage Assam. The average annual loss due to the disaster is to the tune of Rs 200 crore, according to a state government website.

Shah stated that he has already discussed the problem at length with the various stakeholders on Friday evening and “an ambitious project” is being prepared under the aegis of the North Eastern Council (NEC).

See also  Congress vs BJP on Facebook control: Our policy around the world, do not see the political status of parties - Facebook; Congress demanded investigation from JPC; “In five years, the flood will be history. Prime Minister Narendra Modi is determined to make Assam a flood-free state,” he added.

The Union Home Minister also stated that the party believes in strengthening internal security so that laws like Armed Forces (Special Powers) Act, 1958 (AFSPA) are not needed in society and its application is already withdrawn from around 80 per cent of the Northeastern region.

“AFSPA is protection for army and security forces. Rahul Gandhi had announced that AFSPA would be withdrawn if his party’s government comes to power. I had said that security forces need to be strengthened,” he added.

Taking a dig at the Congress’ ongoing ‘Bharat Jodo Yatra’, Shah claimed that former Prime Minister Jawaharlal Nehru had said goodbye to Assam during the 1962 India-China war and the grand old party had forgotten that Northeast even existed.

“This region is three times the size of UP and it was full of separatist and insurgent movements. The Congress watched silently the attempts to break NE. Only Modi worked for this place and united the NE.

“The Congress and those who went for (its) ‘Bharat Jodo Yatra‘, please listen. This is an example of how Northeast was united without giving a single lecture,” he added.

At a meeting here on Friday, Shah had asked the Assam government to devise a long-term plan to protect the northeastern state from flood so that more development can take place.

Karnataka Police beat up CRPF commando for not wearing mask amid...

UN in crisis: Forced to freeze hiring, stops use of escalators...

India post payment bank’s condition is poor, there is no money... 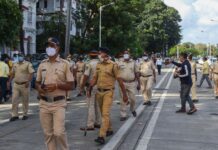 Those who ‘defamed’ Mumbai Police should apologise: Sena