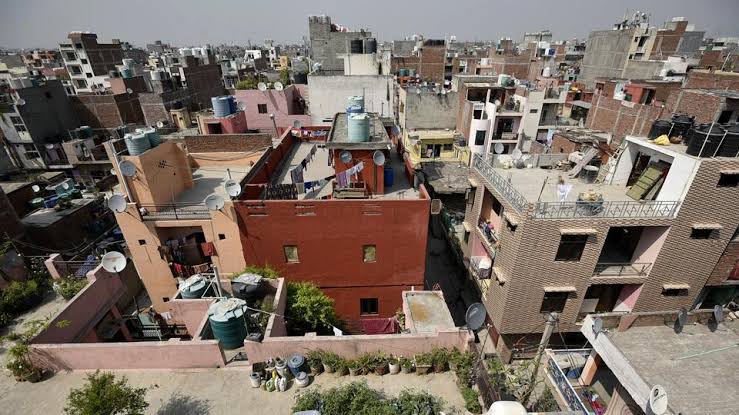 New initiatives line up in Delhi right ahead of elections, planned in the next year, in the national capital of the country. After recently, the BJP chief Manoj Tiwari inaugurated tromelling machines to clean up the Bhalswa landfill, another welcoming change is here for the residents of Delhi. The Centre has decided to grant ownership rights to the people living in unauthorized colonies in New Delhi. This decision was taken at the Cabinet Committee on Economic Affairs (CCEA) meeting, which is headed by the Prime Minister. Union minister Prakash Javadekar at a press conference was heard commenting on the move

“The Cabinet has taken historic decision to give ownership rights to 40 lakhs people living in unauthorized colonies in Delhi,” he said.

The conference was also attended by the Union Housing Minister Hardeep Singh Puri who said that in furtherance of the said move, the Centre is prepared to bring a Bill in upcoming winter session of the Parliament. The bill will focus on granting of the ownership rights to residents of unauthorised colonies in New Delhi. As informed by Puri, the decision as taken by the CCEA will be applicable to 1797 colonies which have been categorised as ‘unauthorised’. These colonies are spread over a spans of 175 square kilo meters inhabited mostly by people belonging to the lower-income groups. The comment of Puri has clarified that the said decision will not be applicable to the affluent colonies as identified by the Delhi Development Authority [DDA] including Sainik Farms, Mahendru Enclave and Anantram Dairy.

The present Delhi Chief Minister showed support for the Cabinet’s proposal. He has said that they are willing for the Centre to begin the process of regularisation of unauthorised colonies on an urgent basis, with ‘no further delay’. He also commented that the road-map prepared by the Union Cabinet for effectuating the said proposal is based on a similar earlier proposal submitted by AAP.

Political agenda for all parties ahead of Assembly elections in New Delhi:

The agenda of regularising the unauthorised colonies has been one of the major poll planks in Delhi. All major political parties contesting in New Delhi have been accusing each other for the politicisation of the agenda without any real result. Over the past 15 years or so, every party has tried to make political promises around the said issue of regularisation of these unauthorised colonies. It is estimated that these colonies comprise of some 30 per cent of Delhi’s entire residential area and has houses approximating to half of Delhi’s total population.

“We had sent our proposal to the Centre in 2015. The Centre has agreed on several points… Now that the Centre and state have come together, it is a very big opportunity to give people their rights immediately… We are ready to say that all the credit is theirs, the faults are ours, let us get this done. This is no time to fight. We just want Hardeep Puri to smile.”

Similar initiatives in this direction was taken before in March, when a committee was formed given the task to prepare a list of recommendations which recognise the rights of ownership, transfer or mortgage of residents of these unauthorised colonies. It was also mandated to revise the norms to help improve the road facilities, water provisions and the networks of the sewage. The panel after research and deliberations submitted its final report to the Union Ministry of Housing and Urban Aaffairs in June, this year.

The report suggested a mechanism for the regularisation of these colonies with taxing the house-owners in these areas with a one-time tax. This one-time tax will be meant for the recognition of ownership rights of these property owners. Apart from the one-time tax, it also suggested to levy separate charges for other facilities, depending upon the nature of the property. There have also been earlier initiatives to map these colonies. After four of such methods failed, the Delhi government recently passed a proposal for the mapping of these colonies using drones.

The mapping exercise has been entrusted to the Delhi Development Authority [DDA] and this exercise is seen to be a pre-requisite for any proposal to regularise them. This exercise will help determine which houses are eligible under the regularisation process as per the cut-off date of January 1, 2015.

Other decisions of the CCEA.

Besides this move, the Cabinet has taken a wide pool of decisions at the CCEA meetings. It was also decided that for the revival of the state-owned telecom firms, there will be a merger of BSNL and MTNL. Law Minister Ravi Shankar Prasad said,

“Neither MTNL or BSNL are being closed, nor being disinvested, nor is being hired to any third party. The Union Cabinet has approved revival plan of BSNL (Bharat Sanchar Nigam Limited) and MTNL (Mahanagar Telephone Nigam Limited) and in-principle merger of the two. 4G spectrum will be allocated to Telecom PSEs (Public Sector Enterprises),”

Moreover, the cabinet at the CCEA meeting has also decided to increase the minimum support price [MSP] for wheat by Rs. 85 to Rs. 1925 for a quintal and for pulses by up to Rs 325 per quintal. This move has been taken to increase the income of the farmers“In a move to increase farmers’ income. The Cabinet has also increased the MSP for rabi (winter-sown) crops for the current year.

Propose Day 2020: Messages to send over WhatsApp, Facebook and via...

Maharashtra election has been a lesson for BJP to not to...