The government is all set to hold the national level, JEE, NEET examinations in September this year. These exams were delayed due to the nationwide lockdown that happened in the country due to the coronavirus. These exams have become the cause of a lot of controversy throughout the country. Through it all, the officials have released both the date sheet and the admit card to the students. Over ten lakh students have, reportedly, downloaded the admit card for these examinations.

What the Government Says:

The government has been adamant on conducting the examination in September. Many students had earlier filed petitions in the supreme court, asking for the postponement of the same. The supreme court had dismissed these petitions, upholding the HRD’s decision (now the Ministry of Education). The Education Minister said that over 14 lakh students have downloaded the admit card for the exams, which means that they want the exams.

Many student organizations have been staging virtual protests against the decision to conduct examinations in the middle of a pandemic. But the government has, time and again, given the statement that their decision to conduct the examination comes directly from what students and parents want. They said that the students want the examinations to be conducted so that their academic year is not compromised. Many educators from engineering and medical colleges have also supported this decision, saying that if the exams are not conducted on time, it would be difficult to shrink down the syllabus to only a few months.

See also  Out of 170 candidates from Jamia's free coaching program, 54 got cleared in UPSC (main) Exam

The opposition has, very openly, come out in the support of the students, asking for the government to postpone the examination. Rahul Gandhi, Sonia Gandhi, Mamata Banerjee, Manish Sisodia, and many others have protested against this government move. Manish Sisodia also said, that, “holding exams will risk exposing 28 lakh students to covid-19”. The Congress even called for a nationwide protest for the same on 28th August. They have been very vocal about the implications of conducting an exam in the middle of the pandemic. The government of Tamil Nadu had also asked for an exemption of the students of the state from the examinations due to the ever increasing cases of coronavirus.

The Guidelines for the Conduction of the Examinations:

The NTA has released certain Covid-19 related instructions and guidelines for the students sitting for the JEE, NEET exams. Some of these guidelines are as follows:

The Government has allowed the students to used the NEET, JEE admit cards as a pass for containment zones.

What do the Parents want:

The parents also seem to be divided on the entire issue. Some are concerned about their children’s academic year, and how any more delay in examinations will lead to many more issue for them. Whereas, some other parents believe that postponing of the examinations will be the best option at the moment as the number of coronavirus cases in the country are definitely on a rise. This confusion has became a point of clash between the two groups- one worried more about the academics and career of their children; the other worried more about the health and safety of theirs.

On the one hand, students are going through the immense pressure of studying for these competitive exams, and on the other hand, they also have ample amounts of stress and anxiety regarding giving these exams in the middle of a pandemic. Many students personally believe that they will not be able to cope with such stress and ask for the postponing of the exams. Being in such a strained mental place is definitely not ideal for giving a national level examination. Though a small minority of students want the exams to be conducted in September, the rest are in the favour of delaying them.

India, very recently, saw an increase of 80,000 coronavirus patients in a single day, the highest ever in any country in the world. This has become a huge cause of worry for all the citizens, especially the students who are, as it is, not in the right frame of mind where these examinations are concerned. Conducting exams in such a conditions can prove to be an extremely harmful gamble, which will put the safety and security of the students on the line.

See also  Expert Tips on Studying Abroad: How to apply for US student VISA

Many have openly stated that not only they themselves, but even their family will be at risk of the virus., as they do not live in huge houses where they can go into quarantine. Many others have also brought forward the point that they do not have the financial capability to go into a private hospital in case the contact the virus.

The plight of the students has, once again, gone unheard, as the large media houses are clearly focused on other matters, such as the Sushant Singh Rajput death case. The student news has gotten almost no screen time, leaving them helpless and unheard.

The same is also true for the final year students who have to give their exams by 30th September. Many of these students do not have the economic capacity to even attend online exams or classes. There are also a number of students who have no access to both study material and secure internet.

Only time will tell what this step, of conducting examinations in the middle of the pandemic, will prove to be for the physical and mental health of both the students and their families.

WHO hails Wuhan for clearing all COVID-19 cases 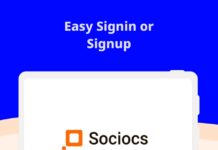 #SwamiVivekanandaJayanti: When one of India’s greatest spiritual leaders introduced Hinduism to...

Expert Tips on Studying Abroad: How to apply for US student...